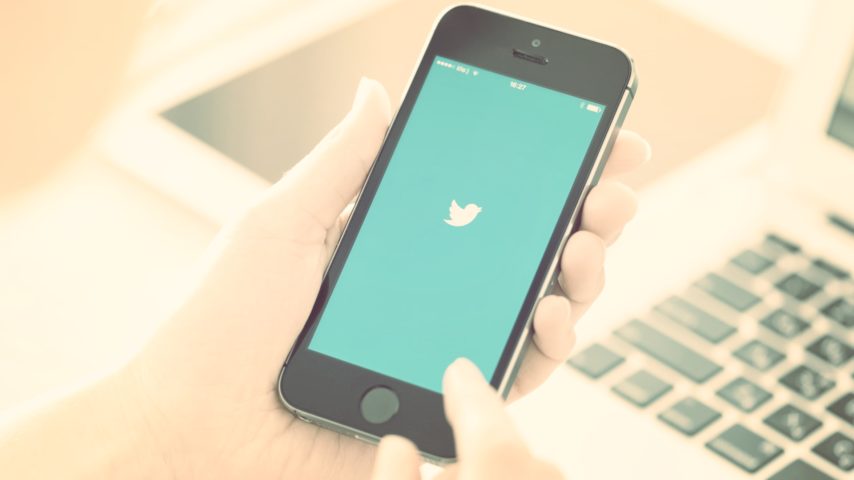 Online Videos are becoming very popular among social networks, it is now essential to have Social Video Strategy. There are actually complete social networks are based only on videos like Vine for example.

Previously i’ve talked about the effort Facebook & Twitter doing to compete with YouTube & how Mobile video on Smartphones drives high purchase intent as reported by eMarketer.

Why Brands should use Mobile Videos in their Twitter Social Video Strategy ?

90% of Twitter video views are on mobile
100% of twitter video views are engaged views
video on Twitter drives awareness, consideration & advocacy
+38% Lift in Brand Favorability
+100% More likely to visit a restaurant in the next week
+89% Increase in likelihood of recommending product
82% of twitter users watch video content on Twitter
Users on Twitter are 25% more likely to discover video first vs. the average consumer

Capture, edit and share 30 seconds video within the Twitter app on a mobile device. Best for self-expression on-the-fly.

Capture, edit and share 6-second looping videos from the Vine mobile app. Best for creating short and simple videos in a fun format.

Allows “Advertisers-only” to upload and share 10 minutes maximum video to Twitter via ads.twitter.com. Best for professionally produced content that’s ready to be shared with followers and beyond via Promoted Tweets.

How Brands Can use Twitter Videos in Their Social Video Strategy?

The 1st step is where brands create the buzz prior to the day of the launch itself.

The 2nd step is where brands Announce the launch, include a strong call to action and share media

Prior to the lanch days, Samsung started the conversation about their to-be-launched product, through an inspiring video of their mobile phone

This S Carpet launch is over, but find an event near you to keep the excitement going. http://t.co/neMVt3x6Pp pic.twitter.com/Ef1sTkdBWO

The Samsung Galaxy #Note4 is more than a handful https://t.co/c5nZSnxLeb

Let users know more about you products, a study showed that 34% of your followers want to know more information about your products, as mentioned earlier 25% of Twitter users see videos 1st on twitter. Using videographics, brands can simply educate users about their products in a simple and fun way. This is perfect for Governmental accounts, have a look on what eMorror (Saudi Arabia Gov. account for Traffic

They needed a simple, fun way to educate Twitter Users about what one should do if they had an accident and what are the insurance process one should take to reduce the traffic jam by simply taking a photo of the accident and sending it to the gov’s email – after taking the photo you can now move you’re car without having to wait for the police to arrive. that would dramatically reduce the traffic caused by accidents

Videographics does not only work for Governmental account, it’s also great for Brands, see Twitter’s video

WATCH: New Twitter Amplify product video – what it is and how it works in less than 90 seconds.https://t.co/A34qmDGAaa

Everyone like to hear good stories and Twitter is the place to tell stories. Brands can tell sensational stories and bring it to life using Twitter videos. With Twitter Promoted Video, brand have 10 full minutes to tell their stories

When you give, you grow. #JustGotJingledhttps://t.co/NCAChAMDew

or by using Vine’s 6 looping seconds

Native Video Recording and Uploads is available for brands and users alike. Brands can use this to unleash users’ creativity and contribution to leverage conversation, awareness and engagement with their products. Take a look on what @GoPro did

GoPro ran many contests that would ask their users to create videos and submit these videos on GoPro’s Submit Page. Users later get to vote for the best videos or GoPro to pick Video of the Day, which is entirely created by GoPro’s users

Video of the Day! Brandy the Pug shows us her awesome snowboarding skills in the Southern California snow. #goprohttps://t.co/t4Efukhb87

When you see it, you believe it. With Videos; brands can really deleiver a message that can directly affect anyone watching it. that’s exactly what @Dove’s deal with Twitter did.

Dove + Twitter partnered together and created a remarkable campaign to try to make social media a positive place.

The Video of the campaign was really touching and as i mentioned before, directly affected everyone who saw it.

Over 5 million negative Tweets were written by women in 2014.
Watch our #SpeakBeautiful video to see what we can do.https://t.co/3xTG4f6DeI

The hashtag exposure in one month reached +380m users

Starting a #hashtag ? use Twitter Videos! it helps! #SocialMedia

Capturing them never been easier with Twitter Native Videos

Check out my Twitter video #Oscar exclusive! I gots me a scoop! pic.twitter.com/SGQ3oJHDqZ

Using SnappyTV LIVECUT, their cloud DVR editor, brands will have the tools to clip and share live video content as it happens.

Teamwork employed by @ArizonaFBall on this amazing INT, the first thrown by Marcus Mariota this season. GIF: http://t.co/Bg3JfSfZPC

Once again, hiring the right talent can boost your video content greatly, either for live ends or products launch

Now @FinalCutKing knows which side of the bed to wake up on. https://t.co/JeQ193b0K9 #Oscars #OscarsCreators

Twitter is a bridge, not an island. They recognize that more than ever before, brands are running integrated marketing campaigns across different channels. data shows that brands other marketing activities work better when you integrate Twitter.

for 5 seconds, their short video was played before the actual video began

What's got Hanna so upset!? Watch this exclusive sneak peek clip from tomorrow's all new #PLL!https://t.co/whbnta8Mzl

Brands certainly would want to consider Twitter Videos in any sponsorship they do for Big Moments & Events like Oscars, World Cup, Formula 1, MotoGP etc..

Watch again the start of the Italian GP from various angles. Courtesy of @BridgestoneTyre http://t.co/BqSNCByi5Y

Where Can brands find creative talents?

Finally, creating creative video. A lot of brands may or may not have the talents to help them create creative videos or sensational stories. Twitter actually covered this as well. Again, a new great acquisition by twitter happened recently, Twitter acquired Niche

Video Content are an amazing way to get audiences to engage with you brand, I hope I covered enough example to get you started with Twitter Videos